Ah, Soviet film in the 1920s.  It is truly the best of all worlds: an art form coming of age in one of the most fascinating places in the world in perhaps one of the wildest and creative decades in world history.

In keeping with the 1920s Soviet film kick, I've decided this month to discuss Boris Barnet's The House on Trubnaya from 1928.  This film is a fine example of a classic Soviet comedy.  However, Trubnaya work is just as much about social commentary as it is laughter.  The mistreatment of Pitunova (Vera Maretskaya) and the almost tacked-on ending trial of the hairdresser Golikov (Vladimir Fogel) are very much testaments to this.

Trubnaya, then, is a work that not only exemplifies the USSR in the NEP era but is also a work that is very much representative of it.  On one level are the film's comedic elements, its cinematic experimentation, and its buoyancy, all seemingly manifesting the relative cultural freedom and economic liberalism of this era.  On another level, there is the film's social consciousness and, at times, its rather moralistic "law and order" tone that seem to allude to the uneasiness or even outright hostility of committed Bolsheviks toward the permitted excesses of this era.  In short, it is the ultimate NEP film because its very structure reveals the major cleavages of Soviet society during this era.  Indeed, the film's very NEPness is reflected in the number of writers involved.  The credits list five, including the great playwright Nikolai Erdman, the poets Anatoli Marienhof and Vadim Shershenevich, the writer/critic Viktor Shklovsky, and the screenwriter Bella Zorich.

Another outstanding characteristic of Trubnaya is Barnet's employment of montage.  Instead of utilizing montage as a means of emphasizing an idea, Barnet instead uses it to set the tone of the film.  Editing can be used either in a very slow, deliberate manner or in a very rapid, frantic manner, depending on what the plot of the work calls for.

In the opening, Barnet opts for slower, more deliberate editing and it works beautifully.  In truth, I really love the opening shots of this film, showing the house and the city sleeping and then waking up.  There is such a naturalness to this and it truly sets the stage for what happens next.  Most importantly of all, it captures the attention of the audience and entices them into the story. 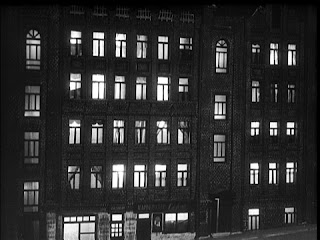 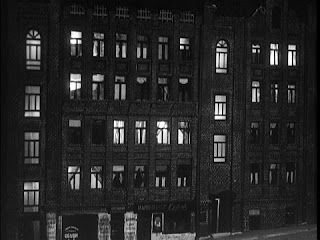 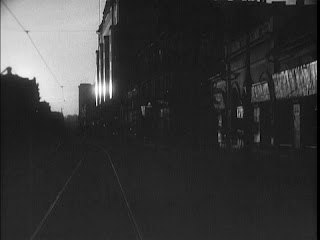 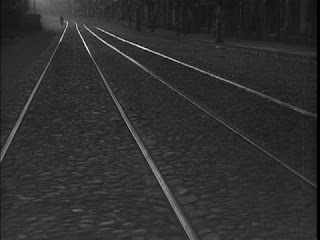 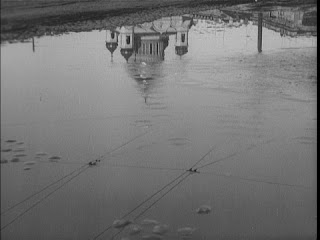 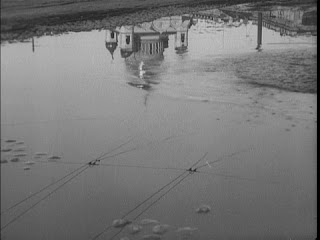 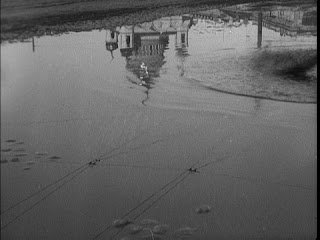 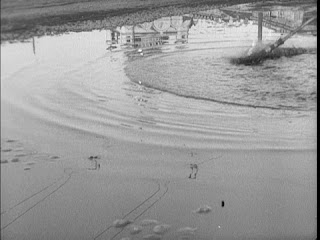 As the city wakes, we are gradually treated to a glimpse of the House on Trubnaya as it wakes.  The best part of this is watching the compacted house "come alive" with its various denizens, all hailing from different backgrounds and occupations and all concentrated into a single location.  I find this sequence just as amusing as it is fascinating because it betrays so many truths about what life was like in Soviet-era housing.  This comedy of truth also reveals a certain degree of cynicism and almost subversiveness that one could only truly get away with in the NEP-era (and perhaps, later, glasnost-era) USSR.

We are introduced to, among others, the hairdresser Golikov played by Vladimir Fogel.  I'm not sure how many films I've seen Fogel in, but I must say that he is quite a versatile actor, going from a role as serious as Dennin in Kuleshov's By the Law to someone like the hairdresser in this film who, though giving some serious parts, almost comes off as a foolish or even comic character throughout.
Posted by Unknown at 1:28 PM